I was raised in the shoe family of Januzzi's Shoes. The ditty on the radio in the 80's went something like this: "All over the street, to happy feet. Get your shoozies at Januzzi's."
For some, they put on their writer's hat. For me, I wear my writer's shoes.

Alive Inside: The Movie and My Mother

Musis is…truth (Kerouac), magic (Rowling), the existence of God (Vonnegut), the food of love (Shakespeare).  Music is the self still alive, as evidenced in the documentary Alive Inside.  Alive Inside is the story of a social worker, Dan, who uses music via personal music players, to awaken the inner lives of those afflicted with dementia or other diseases whose existence is limited to a nursing home or long-term care. 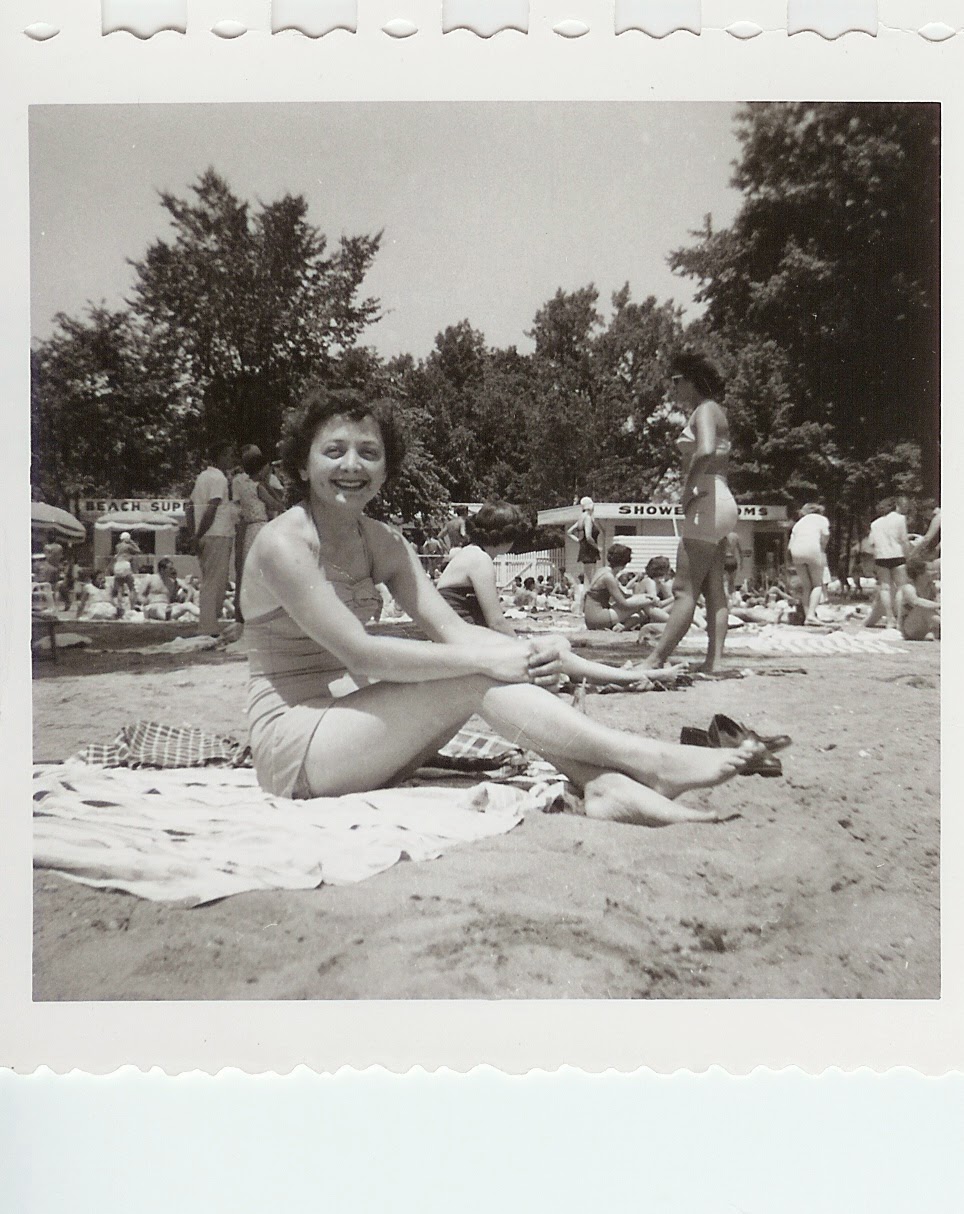 From our earliest beginnings, scientists have discovered patterns in a baby’s cries which mimic those of a mother’s voice. The power to imitate, to repeat, to be moved. That is music.

I have spent hours with my mother, seated at her side in her care home, where the strains of Tommy Dorsey, Billy Holliday, and her beloved Frank Sinatra float between us. I can say with certainty, a surreal recognition glides over her face, whether she is at rest, in the sun, or in bed, recognition far more powerful than recognition of my face, or that of my father in their wedding picture. It is a recognition of self.

When Dan interviews one of his clients and asks, “What is it you don’t remember, or would like to remember,” she replies, “Who I was, after I was a young girl.” Dementia, Alzheimer’s, old age takes many back to the far reaches of youth’s shore, but there are lost years that cannot be accessed by a photograph, a spoken memory, even a daughter.

As outsiders, we don’t know which years are the lost ones. But we can rule some out, speculate about others, and use music to zero in on a few.

Were I to develop some kind of dementia, and my spouse or children planned to place a music player to my ears, they for certain would know to play The Boss, right?

But would they know to play ZZ Top, who I saw in concert in college, with my ultra-conservative roommate Janice, and we played air guitars to Sharp-Dressed Man, or would they play Robert Palmer, for when my sister and I dressed as the Palmer girls one Halloween during my first year living in Cincinnati?  Would they select Joshua Kadison’s Beautiful in My Eyes, from my first wedding, The Servant Song, from my second?  Would they know, when Seger’s Against the Wind plays, the song conjures up memories of high school track, and from then on, every life challenge I ever met and surmounted?

Or would they play Sinatra, as homage to my mother, and the times she and I journeyed together and separate, seated in the sunshine on worn wooden benches, each of us lost in a world our minds created?

Dan, the social worker has a worthy goal for his Music and Memory program, placing personal music players inside 16,000 nursing homes across the U.S.  I don’t know if this goal also includes long-term care centers such as my mother’s. And there are plenty of logistical challenges to this, yet centers across the U.S. are implementing this program every week.

A few weeks ago, I told the activities director at Arden Courts, Becky, and the corporate nursing director, Jesse, about Alive Inside.  I had been an early Kickstarter funder for the movie, despite receiving no scrolling credits at the end.  But I invested because I believed in its mission. I had witnessed it firsthand.  I cheered when the movie was accepted at Sundance, and said, “Of course,” when Alive Inside won the Audience Award.  I badgered the producers, When will you come to Cincinnati, because the movie had been out since July and only now, has it appeared in a local theatre. Columbus got the screening before Cincinnati did.

Becky is now looking closely at the program, seeking funding and discerning training methods.  Offering to assist in these efforts, I have spurred her on. After all, Becky is the person who approached me, about bringing Matt Snow, Cincinnati’s Sinatra, to Arden Courts for my mother’s birthday, while throwing a Spaghetti Dinner party for residents.

I am a bit young, by demographics, to be the daughter of a woman of near 87.  Many family visitors are ten to fifteen years older, and have not been exposed to technology that can make an impact in the life of someone with dementia.

Even if Becky does not succeed in implementing the program, the next generation of family caregivers, those in my age bracket who can maximize technology and whose parents are approaching the age in which they might not access music on their own, will stimulate continued development of programs like Music and Memory.

In ten years, Dan’s personal work will still continue to inspire the likes of me, as I sit, grounded with my mother, and select just the right song for her.  She has a CD player at her bedside, and one of my favorite past times, when she doesn’t feel like rising from bed, is to play Louis Prima because he tosses Italian phrases into his music that she repeats, and understands. Another unrealized benefit to music is that music in a foreign language reawakens another part of the mind, in particular for my mother when her parents spoke Italian. I’ll also play a little Mario Lanza, just to throw her a curve. She laughs when I sway at her bedside, and some days, she will join me. It is the sweetest of times.

I have specific playlists for Mom, and make unwise use of Pandora, which is why I have more data usage than the rest of the family. I load up YouTube videos showing Frank actually singing with the Rat Pack, or with just Dean Martin, and a drink in hand. When Mom visits our home, Mark cues up Sinatra on our sound system so that “Frank” is playing before she walks in the door, and she knows is she in a home that embraces who she is.

I can’t make my mother’s life perfect, and despite her best efforts to do so when we were younger, it never was.  Sometimes, I neglect to make an appointment for her haircut.  She has gone without matching socks for a few weeks, because I forget until I arrive, then am too tired when I leave to go shopping and return.  She doesn’t drink purple Gatorade, “tastes funny,” but I show up with wrong color anyhow.

But the days we dance and sing and she nods to strains of Sinatra are the best days, when I leave weeping and beaming. Tears because I am so desperate to know that person in her lost years. Smiles because in some small way my mother has found, or recognized, herself as being whole in those moments of music.

When the movie was over, I walked out, and the only words out of my mouth were, “Well, at least I didn’t cry for all 78 minutes.”

The stories were heartwarming and heartbreaking, but I cried only with joy. The one small gift I can my mother over and over, is the gift of song, when my mother’s physical welfare takes a back seat to the well-being of her soul. 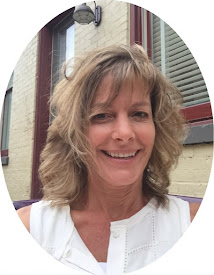 Annette Januzzi Wick writes in a voice gained from the experience of leading and connecting in various communities through creativity and words. Her passion for developing links, for rooting people to a certain place, is evident in her writing and her life, in conversations among inner city residents, long-time and new, and in issues that are not always apparent on the surface, but drive straight to the heart of humanity.

Her blog, Getting' My City On" lead to a nomination for best Local Author from CityBeat 2015.

Read her memoir, I'll Be in the Car: One Woman's Story of Love, Loss and Reclaiming Life. Visit I'll Be in the Car Amazon page.
For more information, visit www.annettejanuzziwick.com to learn about workshops, speaking events, and other blogs.
Check out her 30 day journey to recognize Alzheimer's Awareness month at Dementia Dilemma.
Find her on Facebook or Twitter